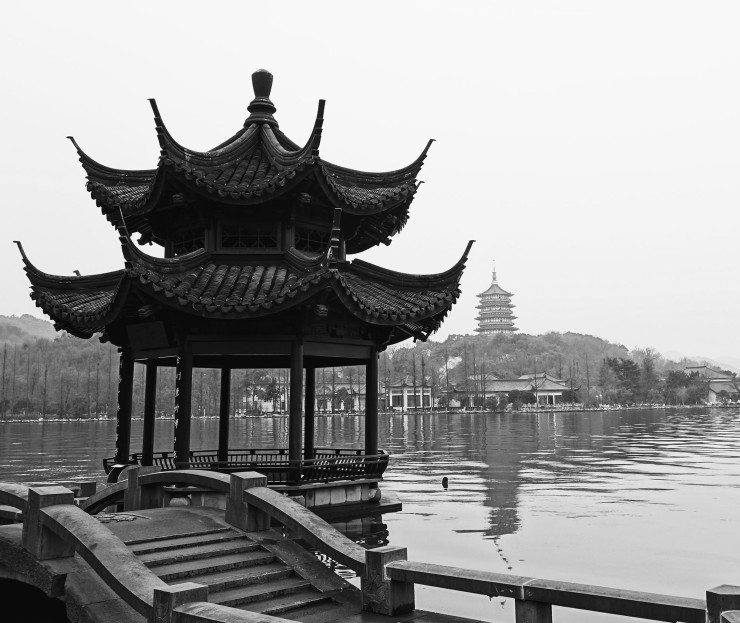 After metaphorically freezing to death in the mountains, we headed further south to Hangzhou, where it was significantly warmer (i.e. rather than -10 degrees it was nearly 10 degrees :O ). We went from Huang-shan to Hangzhou by bullet train, so we somewhat accidentally went the long way, taking a nice tour of the chinese country side (it would take an hour by car, but it took three hours by bullet train ;A;).

Anyways, despite the ‘warmth’ the weather was gloomy a f. Overcast clouds with constant drizzle… not exactly perfect for a city famed around its lake scenery.

But I still wanted aesthetic photos. And the solution was monochrome. 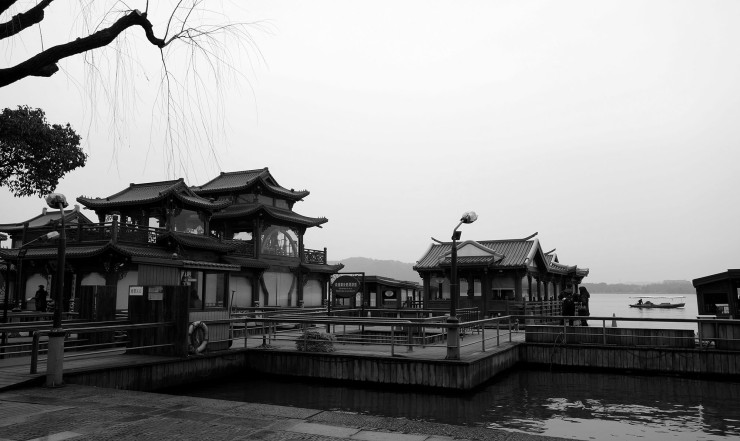 Tbh there isn’t too much to do in Hangzhou on a rainy day. Walking around, I could imagine how beautiful it may be in Spring/Autumn when flooded with sunlight and greenery. If I really tried, I could understand why Marc Polo had once said Hangzhou was the “most beautiful and prosperous city in the world”.

But on the day we went, it was not.

Anyways, after walking around the lake, going up the pagoda tower (which was quite impressive actually, so traditional on the outside but completely techy and modern within), and taking a few photos, we were hungry and tired. So we took a cab to a Sichuan hot pot restaurant and that was tbh the happiest memory I have of Hangzhou lol (why? because as someone who loves heavy flavoured, spicy food, going to South East China isn’t exactly great for dining… Everything is ‘light’ and ‘sweet’, but I need my spices haha. So hotpot was the best option~~ )

So, this is all I got. Bad weather also makes me lazy when it comes to taking photos lol. Short post today~